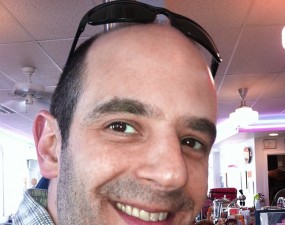 Corey’s abiding interest in creative expression has led him from designing things for his own entertainment to helping others with their designs.

Ever on the lookout for new ways to express himself, Corey dabbled in digital illustration and animation for the first time in 1989 and quickly became fascinated with the possibilities of the medium.

Moving to the Olympic Peninsula from Northern Colorado around the turn of the century, Corey delved more seriously into computer-aided possibilities, teaching himself web design and digital photography.

After a number of stints helping others with their designs and sites, Corey decided to turn pro and enrolled in Peninsula College with an eye on an AAS Degree in Multimedia Communications.

Towards the end of his degree, an internship at Northwest Magazine, a bi-monthly, 96+ page print publication, blossomed into the position of creative director until the publication’s untimely demise in 2008. Shortly thereafter, Corey joined forces with InsideOut Solutions.

Initially hired for updates and customer support, Corey soon proved his talents in creating custom WordPress website themes. When the need for a company content creator arose, Corey switched gears and began providing marketing content for our client’s blogs and newsletters. Corey continues to grow his knowledge and experience through his position at InsideOut.

In his “spare” time Corey enjoys playing and composing on the guitar, reading, writing, making art, and most of all, spending time with his wife and family.