On September 22, the search engine giant announced that Google Hotel Ads has expanded its partnership with online booking Global Distribution System (GDS) providers, opened up Book on Google their users on all devices, and retired their Google Hotel Finder metasearch by rolling hotel search directly into Google Search results. 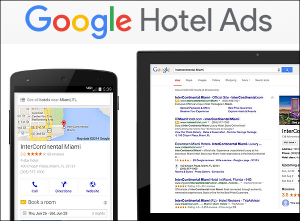 This follows last month’s changes to Google Hotel Finder, which included more prominent use of Google Maps and an expansion of the Book on Google direct booking feature.  Discover what B&B inn and other distinctive lodging providers need to know as the search engine takes its initial steps into becoming an Online Travel Agency (OTA) to compete with the likes of TripAdvisor.

The Google Hotel Ads Commission Program rolled our earlier this year with just a small selection of independent hotels. This program charges hotels an industry-standard commission basis instead of the usual Google AdWords cost-per-click.  Earlier this month Google officially announced that they’ve added partners from the leading hotel GDS providers.  Partners in the Google Hotel Ads Commission Program now include:

Google also stated it would be adding more partners to Google Hotel Ads Commission Program in the future.

Book on Google Now Available to All Users on All Devices

In addition to expanding its GDS partnerships, the Book on Google direct booking feature, previously only available on smartphones, has rolled out to logged-in Google users for desktop/laptop and tablet devices, effectively making it available to all Google users in the U.S.

The Book on Google feature is available to all Google Hotel Ads partners noted above and provides users with the ability to book their rooms at a hotel directly via Google.  The hotel partner retains control over the process, including confirmation email, responding to guest questions and managing changes to or cancellation of reservation.

Google Hotel Finder Is No More 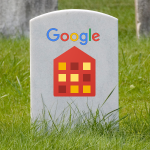 The announcement from Google also included the news that the Google Hotel Finder metasearch has been retired in favor of integration into organic search results in Google Search.  This change follows a rush of upgrades to the system over the last several months, indicating that Google Hotel Finder was serving as final testing platform for this eventual integration into Google Search.

What Do These Changes Mean to the Independent B&B Innkeeper?

There can be no doubt now that Google, like TripAdvisor, is moving into the OTA market. For B&B, boutique hotel or other independent lodging provider, this means monitoring these developments, paying special attention to how your competitors are using them. If you find yourself falling behind in bookings, it will become important to consider testing a GDS to the internet marketing efforts you currently make with your website, referral sites, OTAs, and Cost-Per-Click (CPC) advertising.